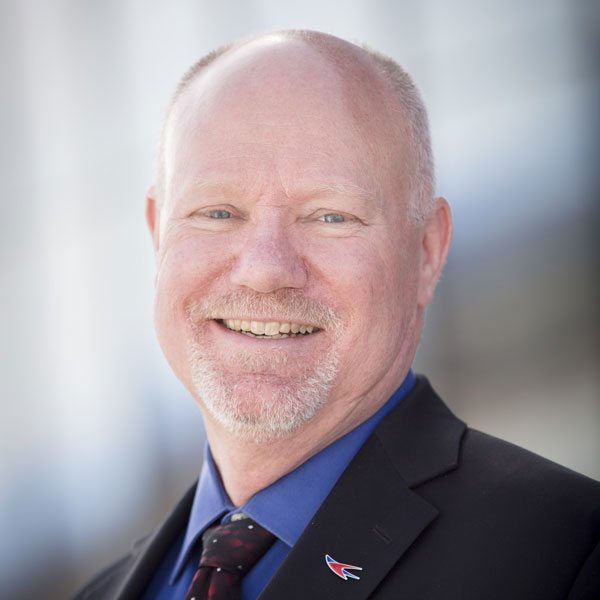 Mr Hicks currently heads the New Mexico Spaceport Authority (NMSA) and manages the world’s first purpose built commercial spaceport – Spaceport America.  He was nominated by the NMSA Board of Directors after a nationwide search and selected by Governor Martinez in the fall of 2016.   He started as CEO of Spaceport America on 14 November 2016.

Mr. Hicks began his 34-year career with the U.S. Army White Sands Missile Range (WSMR) in 1982 as a Test Conductor within the Materiel Test Directorate. There in1991, he became the Supervisory General Engineer of the Patriot Missile System, leading the execution of all aspects of developmental testing and combined developmental/operational testing in the acquisition of a major military system. Dan went on to become the acting Division Chief, where he managed the activities of the three branches in the Division: Air and Missile Defense, Tactical Missiles and Targets, and Space, Sensor and Interoperability. These programs focused on theater missile and national missile defense, air defense battle management, U.S. Army directed energy and space programs, space related programs/applications under NASA, DoD, foreign and other commercial programs.

Later, Mr. Hicks was appointed by the Commanding General to stand up a new Business Development Directorate with qualified engineers and scientists responsible for the strategic planning, transformation, business development, marketing, and staff functions for U.S. Army WSMR. His responsibilities included leading the overall business development and instrumentation and test infrastructure development. Here he led the successful merger of two directorates into one, maximizing investment dollars based on customer requirements, which created direct cost savings for U.S. Army WSMR.

Following that assignment Dan became the Technical Director of WSMR, the Chief of Staff, and in 2013, the Deputy Executive Director. In these leadership roles, he was responsible for assisting the Commanding General and the Executive Director in the operations of the entire WSMR, with over eleven billion dollars of infrastructure and a noontime population of approximately twelve thousand personnel. At present, Mr. Hicks is responsible for the direct oversight of the command planning functions for the range where he has just completed “WSMR 2046” a 30 year strategic plan and maintains oversight for all external relationships; congressional and state legislatures; federal, state, and local agencies; and other community and business stakeholders.