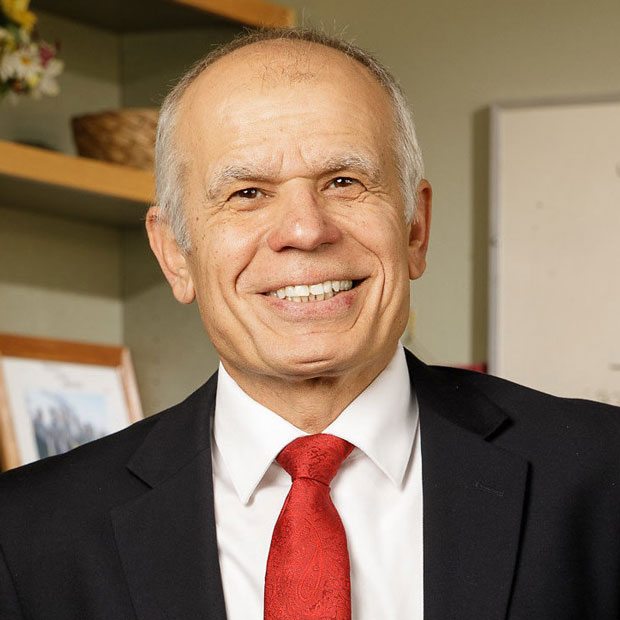 Dean of the School of Engineering
The University of New Mexico

Christos G. Christodoulou received his Ph.D. degree in Electrical Engineering from North Carolina State University in 1985.  In 1999, he joined the faculty of the Electrical and Computer Engineering Department of the University of New Mexico, where he served as the Chair of the Department from 1999 to 2005.  He is one of the founders of COSMIAC (SOE research Center for Space Electronics) and served as a director of the center from 2012 to 2014.  From 2009 to 2011 he received an Intergovernmental Personnel Act (IPA) assignment with the Air Force Philips Research Laboratory (AFRL) to help with their in-house telecommunication research.  From 2014 to 2017 he served as the Associate Dean for Research for the School of Engineering at UNM.  He is an IEEE Fellow, a member of Commission B of the U.S. National Committee (USNC) for URSI, and a Distinguished Professor at UNM.  Currently, he serves as the Dean for the School of Engineering.

He has given numerous invited talks all over the world, published over 500 papers in journals and conferences, written 17 book chapters, co-authored 8 books, and has several patents. Over his acadenic career he has served as the major advisor for  30 Ph.D, 70 M.S. Students,  9 Post Doctoral Fellows, and received about $50M in funding as a PI and Co-PI from several federal agencies and industry. His research interests are in the areas of machine learning in electromagnetics, reconfigurable antennas for cognitive radio,  RF/Photonics, and  bioelectromagnetics.